For the typical biosynthesis phase, ground Hoodia powder gordonii from Dischem South Africa was used. All additional chemical reagents used were purchased from Sigma-Aldrich. They were all analytical grade, so used without any further purification. In a typical procedure, 10.0 g of clean Hoodia gordonii the powder was weighed and mixed with 400 ml of deionized H2O. The solution was kept at room temperature for approximately ~2 h. Then the resulting solution was filtered twice using Whatman filters to remove any residual solids. After such a phase, 2.0 g of Ce(NO3)3 6H2O was added to 100 ml of the filtered extract solution. The solution was then mixed under vigorous magnetic stirring and heated for about 2 h at about 48–50°C. A solid precipitate was observed upon cooling. This deposit is likely to be CeOς or/and Ce(OH)ς or a mixture of the two. The solid deposit was purified by 2 repeated centrifugations at ~10,000 rpm for 10 min each. It was then dried in an oven set at ~100°C and then annealed at various temperatures; 100, 200, 300, 400, 500, 700°C for 2 h in air using a standard tube furnace in order to crystallize the probable CeOς/Ce (OH)ς .

Figures 3a-d report characteristic HRTEM micrographs and SAED patterns obtained on the CeOς/Ce(OH)ς powder annealed at ~300°C and ~700°C respectively. in both cases, the particles are at the nanometric scale. The corresponding average size 〈Ø〉 of the particles (derived from a J-Image data processing of the TEM images) varies between 4.68 and 8.83 nm and 5.81 and 71.3 nm for the samples annealed at 300° C and 700°C respectively. The light scattering size analysis in Figure 3e suggests a single-mode size distribution for the sample annealed at 300 °C with likely an average size centered at around 6.9 nm. However, we must be careful with such a value because we are at the limit of the DLS methodology. The sample annealed at 700°C appears to exhibit a bimodal size distribution centered at 28.2 and 63.7 nm respectively. As seen in Fig. 3a, the nano-powder sample annealed at 300 °C consists of agglomerates of various nanocrystals with different crystal orientations, as evidenced by the polycrystalline nature of the SAED pattern in Fig. 3c. In contrast, for the sample annealed at ~700°C, the nanocrystals are larger but still nanoscale while being significantly crystalline (Fig. 3b) in agreement with the spot-like electron diffraction pattern in Fig. . 3d. In both cases, the indexing of the annular and singular diffraction patterns is in agreement with the face-centered cubic phase of CeO2 (JCPDS 34–0394) corresponding to an average lattice constant of 〈a〉 = 3.865 Å which is the distance d of the most reflective reticular planes111= 3.107 Å. More precisely, this later crystallographic phase consists of a cubic fluorite-like oxide in which each Ce site is surrounded by 8 O sites according to an fcc arrangement while each O site occupies a Ce tetrahedron site. This appears to be in agreement with the X-ray diffraction studies in Fig. 3f. The following Bragg diffraction peaks are observed; (111), (220), (220), (311) as well as (222). Such a diffraction pattern corresponds to single-phase fluorite of polycrystalline CeO2 . However, it should be noted that the angular position of each of the Bragg peaks appears to shift to higher angles compared to those of the sample annealed at 300°C. Such angular shift is relatively small on the order of 4.36 10–3 rad between 300°C (Smaller Nanocrystals) and 700°C (Larger Nanocrystals). Therefore, all lattice atomic diffraction planes of smaller nanocrystals, in particular, will be susceptible to compression compared to mass. Such a relative compression is Δd/d = (cos Θ/sin Θ)ΔΘ. In the case of CeO nanocrystals2 sample annealed at 300°C, such a variation of relative contraction Δd/d is of the order of 6.014 10–3 probably induced by surface tension phenomena as is the case in nanocrystals in general.

Figure 4 shows a representative EDS elemental analysis spectrum in log intensity to highlight any potential contamination during the biosynthesis phase. As can be seen, excluding carbon from the carbon-covered grid, there are no other elements observed except cerium (several peaks related to the nature of the f-electrons of Ce and oxygen in addition to sulfur and potassium.The latter, i.e. sulfur (S) and phosphorus (P) probably come from the organic compounds of the natural extract as observed previously in the case of several biosyntheses of several nan-oxides2.14.However, it should be noted that the detection limit of EDS being around 10%, other contaminants cannot be excluded if their concentration is below the 10% limit.

Similarly, the XPS studies of the annealed CeO2 nanoparticles were made to precisely study the oxidation state of Ce and O (Fig. S1). The binding energy of CeO2 the nanoparticles showed several bands, the main ones of which were centered at around 882.2, 888.5, 897.7 and 916.3 eV corresponding to Ce4+ 3d3/2 and Ce4+ 3d5/2 in addition to the O1s peak at 531 eV. XPS observations are consistent with values ​​reported in the literature14,15,16,17,18. Therefore, it can be concluded that Ce is likely to be in the 4+ valence state.

Figure 5a reports the diffuse reflectivity of CeO at the nanoscale2 samples of pressed powder annealed at different temperatures. Two major trends can be distinguished. The sample annealed at 100°C and those above show very different spectral variations. While the diffuse reflectance varies approximately linearly with wavelength for the sample annealed at 100 °C, those above exhibit a Heaviside-like function variation with wavelength and a length cutoff d wave in the vicinity of λto cut ~400nm. Above such a wavelength, the diffuse reflectance quickly plateaus in the VIS and NIR spectral regions. This Heaviside function-like variation is comparable to a perfect selectivity response, represented by the dashed yellow curve in Figure 5a. The higher the annealing temperature, the higher the plateau. The average value of the plateau of Reflectivity varies from 45 to 63% for samples annealed in a temperature range of 300 to 700 °C with a significantly low reflectivity in the UV-Blue, i.e. lower than λto cut ~400nm. In this UV spectral region, the reflectivity shows a significant fluctuation with an average of 0.7%. Because of the opacity of the CEO2 pellet and low reflectivity in this range, UV selectivity is likely to be dominated by absorption. This UV absorption is probably mainly governed by the transition from O 2p2 − to Ce 4f. 4+ as shown schematically in FIG. 5b. The optical transmission of the fine pellets (thickness

Regarding UV ROS photostability, Figure 5c displays the relative production of reactive oxygen species (ROS) against the concentration of biosynthesized nano-CeO.2 as well as that of standard nano-TiO2 used as a benchmark for comparison. While the ROS production of nano-TiO2 increases significantly with concentration reflecting its high photoactivity. In contrast, the production of ROS from the biosynthesized nano-CeO2 seems to stabilize at very low values ​​over the concentration range studied from 0.5 to 1000 μg/ml. This high photostability is, probably, correlated to the high stoichiometry of the bio-synthesized CeO2 and the Ce4+ dominant valence in agreement with XPS studies. Any non-stoichiometry in CeO2resulting from an O deficiency both in surface or in volume would be responsible for the production of free charge carriers during UV irradiation and therefore an increase in ROS. The faster recombination rate of all e–h pairs generated in CeO2 relative to that of TiO2could explain such a low ROS production rate9,11,12. In addition, it is necessary to study the photostability because this parameter plays a central role19.20. Accordingly, photostability studies were conducted using standard UV illuminations with a long exposure time of 120 min. For this, Solar Light’s advanced Multiport® Model 601 SPF Solar Test Simulator was used. It is the industry standard for high throughput SPF testing and dermatological studies. It produces UVA or UVA+B (290–400 nm)/300 W. Samples were exposed to UVA+B for 120 min each with a 2 cm beam spot. Diffuse reflectivity was measured before and after these UVA+B irradiations. Figure S.3 reports the reflectivity of samples annealed at 300°C and 700°C before and after UVA+B irradiations. As can be seen, and excluding statistical fluctuations, there is almost no significant change in the reflectivity profiles. Therefore, it is safe to conclude on UVA+B photostability of biosynthesized nano-CeO2. Such photostability could be related to the dominant Ce4+ valence and/or the absence of oxygen deficiencies. Nevertheless, it is necessary to redo such a study once the nano CeO2the nanoparticles are integrated into a standard formulation for real cosmetic applications.

Next Fluorescence-Based Nanosensors for the Selective Detection of a Wide Range of Biological Macromolecules: A Comprehensive Review 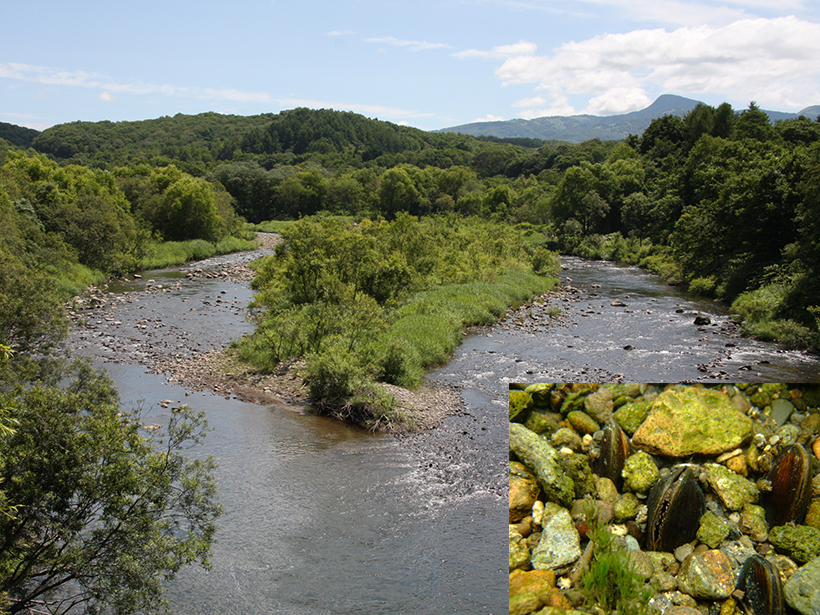 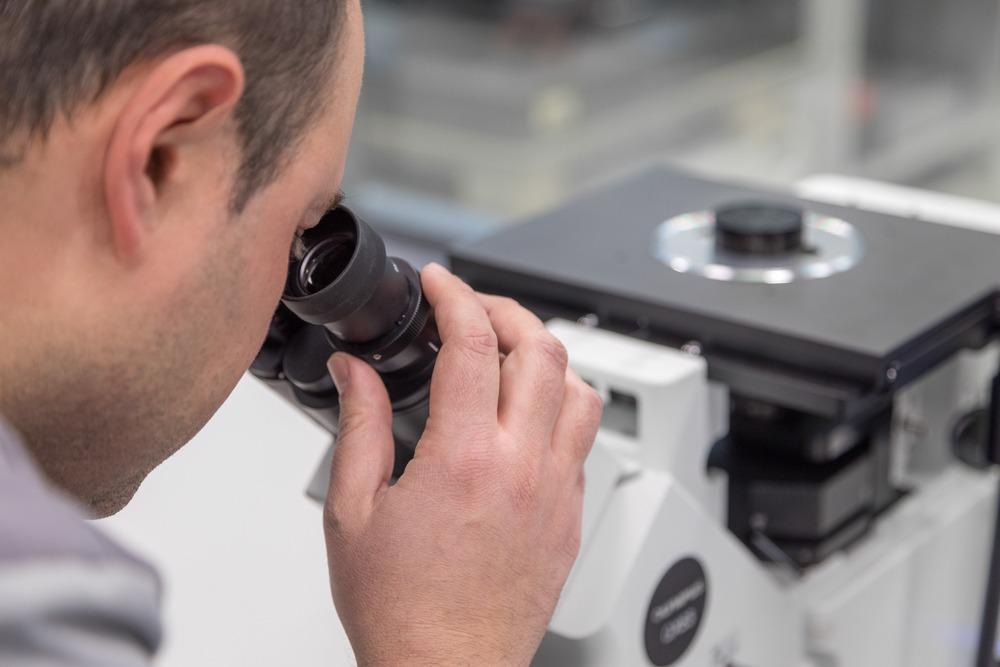